Victim of the State: An Open Letter to Victim Services 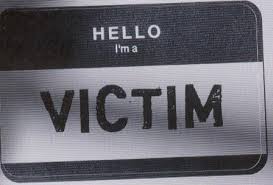 This article was also published on The Art of Not Being Governed blog.

Recently in my travels, I drove past a regional Victim Services office. This office is a satellite office of Ontario Victim Services, an agency run by the provincial Ministry of the Attorney General, dedicated to, "providing victims [of crime] with the support and services they need in the communities where they live."

Perfect, I thought. As a victim of crime myself, I would love to be able to access programs and services to support me following my victimization. I decided to pen this open letter to Ontario Victim Services seeking help for myself and others in similar situations.


To whom it may concern:

Please consider this letter to be my formal application for participation in the programming offered by your agency in support of victims of crime. I am, along with every person I have ever known, a life-long victim of a highly organized, well-funded, violent and merciless criminal organization.

The purpose of my correspondence is twofold; to secure a spot for myself in one of your programs servicing the victimized, and to draw your attention to the vast and under serviced population of victims that has been overlooked by your agency. It is my hope that once you are aware of the multitude of victims of a single criminal organization, you will move swiftly to expand your agency in order to ensure that all victims of violence and intimidation receive the services to which they are entitled.

The criminal organization of which I speak, and of which myself and everyone I know (to varying degrees) are victims, is an entity known as the state. The state takes form as federal, provincial, county and municipal governments, and is represented by its employees, including soldiers, police, legislators and bureaucrats.

I, a peaceful, non-violent individual, have found myself a victim of the state for my entire life. I have been robbed, extorted, assaulted, kidnapped and intimidated by agents of the state, and threatened with far worse. My list of crimes suffered at the hands of the state is modest and insignificant when compared to the injustices perpetrated by the state against others. On a daily basis, the state steals from hard-working, peaceful people, commits mass murder, cages dissenters and rewards those who carry out the most violent, sadistic and heinous acts on its behalf, or in its name. We victims of the state are innocently targeted, peaceful people who have committed acts which, in and of themselves, created not a single victim.

As employees of Victim Services, I am sure that you want nothing more than to be able to serve innocently victimized people like myself. I trust that you will do everything in your powers to make services available to the countless victims of the state. Of course, as an agency of the state, this will mean securing funding by means of theft and extortion. Doing so will create still more victims of the state…

…But that shouldn’t be a problem for you guys, right? After all, more victims mean more jobs for Victim Services bureaucrats. Your union will love that!


A victim of the state,

Email ThisBlogThis!Share to TwitterShare to FacebookShare to Pinterest
Labels: art of not being governed, open letter, victim, victim services