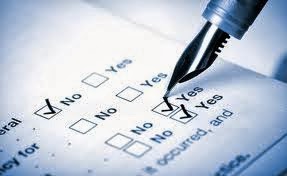 This article was also published on The Art of Not Being Governed blog.

Anyone who knows me would attest that I have few illusions regarding the depths to which individuals who call themselves "the government" will stoop in order to indulge their inhuman desire to sadistically and remorselessly exert control over the lives of their fellow man. I'm rarely surprised by the most recent acts of cowardice carried out by agents of the state through their institutions of violence. Occasionally, however, their threats and initiations of violence against objectively peaceful, non-aggressive people are so frivolous that I question whether I may have had too much of my favourite lucid dream tea before bed, causing my dream-mind to have plucked me from between my sheets, depositing me, instead, between the pages of a novel penned by Larken Rose or Ayn Rand.

Take the case of 89-year-old Audrey Tobias of Ontario, who is facing up to 90 days in jail for refusing to complete the *mandatory* short form census questionnaire mailed to her in 2011 by Statistics Canada. The eight questions included in the short form questionnaire cover topics I would feel uncomfortable discussing with a barista who has served me coffee for years, let alone a creepy part-time census collector who returns day after day, knocking on my door after I've failed to respond to their threatening letters and automated telephone messages. Information demanded includes the name, gender, date of birth and relationship status (past and present) of every person living within a household, as well as the nature of relationships among inhabitants.

Audrey Tobias, a peace advocate, has refused to complete the census questionnaire as an act of civil disobedience in protest of the relationship between Statistics Canada and military contractor Lockheed Martin. Census data collected by Statistics Canada is processed using software purchased from Lockheed Martin, known profiteers of military conflict. Tobias has stated that she would be happy to comply with the government statute that claims to oblige her to complete the census, if only the data were processed by a different means.

While Ms. Tobias's courageous act of defiance and stated ideal of peace are to be admired, she should be reminded that the greatest barrier to world peace is not military contractors acting alone. The single greatest obstacle to achieving a free and peaceful world is the superstition of the state and the societal belief in governmental institutions of violence. Governments carry out acts of war whether or not they contract with this military contractor or that. Audrey Tobias was justified in her refusal to complete the census form not because of whom was chosen by statistics bureaucrats to process data, but because no human being is justified in demanding, at the point of a gun, that a person release information from the sacred safe of their mind.

If tomorrow, the Canadian government cancelled every single one of its contract held by Lockheed Martin, Audrey Tobias would still be morally justified in refusing to provide census data because she owns herself. Threatening violence against a peaceful person who refuses to surrender a part of themselves is, and always will be, the action of a coward.
Posted by Dean Tea at 12:56